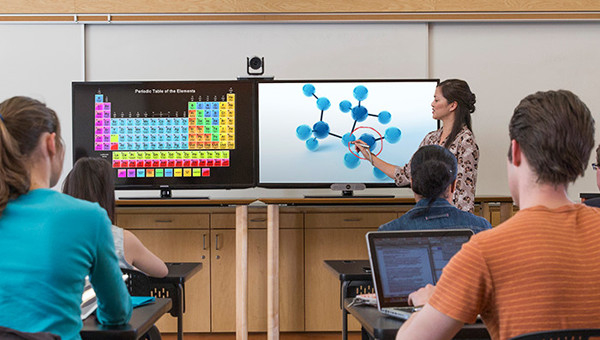 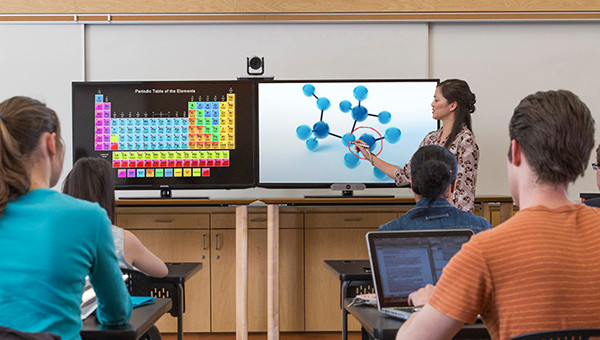 Video conference system, also known as conference TV system, refers to two or more individuals or groups in different places, through transmission lines and multimedia equipment, to achieve real-time and interactive communication by transmitting audio, video and document data to each other. System equipment for realizing remote conferences. The use of video conferencing is a bit like a phone call, in addition to being able to see the person you are talking to and communicate verbally, you can also see their expressions and movements, making people in different places communicate as if they were in the same conference room. The application scope of the video conference system is very wide, and it can be used in various aspects such as network video conference, collaborative office, online training, telemedicine, distance education, etc. , securities, finance, manufacturing and other fields.

1. What can a video conferencing system do?

Video conferencing system is a specific application of multimedia technology in real-time remote interaction, and has the following main features.

1. Real-time interactive function. The most significant functional feature of the video conference system is the real-time interaction in remote and remote places, and the simulated face-to-face communication is realized through the remote network, that is to say, it has the function of two-way video and audio real-time data transmission and sharing.

3. Multi-stream integration function. In modern conferences and academic exchanges, data sharing is becoming more and more frequent. Therefore, in addition to general video and audio signals, the video conference system also has the ability to synchronize the multimedia signals output by desktop screens, electronic whiteboards and some other experimental equipment, and realize real-time interaction and sharing of various multimedia data.

4. Simple operation. The mature video conferencing system adopts a very user-friendly human-computer interaction interface, which can be used for convenient and fast interactive control of the system through the use of remote control, touch screen and other methods, and is very easy to use.

2. Feasibility of the application of video conferencing system in the education industry

The video conference system has the following unique application conditions in the education industry:

At present, most areas of the world have established educational networks by city, which has greatly improved the network operating environment compared to the previous educational network problems such as small bandwidth and unbalanced construction. In some places, there is no optical fiber in place, and the use of zero-escape intelligent video gateway

The network acceleration function in the current education network fundamentally solves the bottlenecks such as slow network running speed and narrow bandwidth. The accelerated popularization of Zero Escape SDN provides a good operating technical foundation for the application of video conferencing systems.