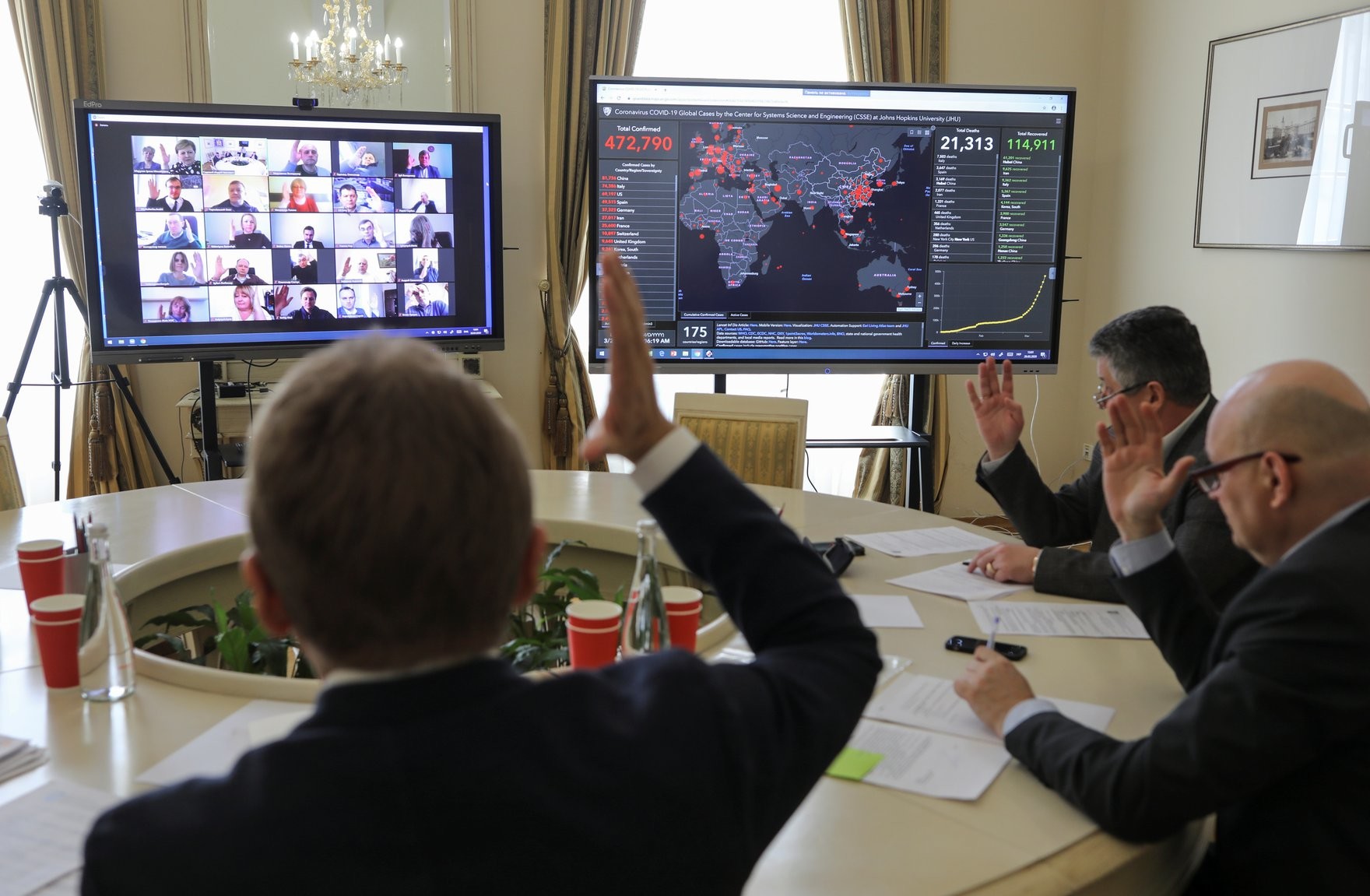 In recent years, with the rapid development of electronic information technology, the trend of globalization, networking, and intelligence has become more and more favored by all walks of life. However, government units with a hierarchical structure at the management level are generally dispersed in terms of geographical distribution, which requires a centralized and decentralized communication method. Generally speaking, such institutions will regularly hold administrative office meetings to unify ideas and solve problems, and emergency meetings are also very common. However, traditional daily communication mostly relies on telephone and e-mail, and the geographical dispersion makes management and decision-making obstacles. Generally, problems are solved by convening meetings. Time, traffic safety, efficiency, and cost are all the needs of such institutions. Consider solving the problem. The various conferences and training costs of this organization are extremely high, and the time cost and cost cost factors are also an important driving force for such organizations to seek video conferences.

There are many levels in the government industry, and daily meetings are frequent. Traditional centralized meetings have become increasingly unable to keep up with the pace of the times, and the high annual meeting costs are often difficult to control, especially at the end of each year, such as summary meetings, planning meetings, deployment meetings, etc. The frequent holding of meetings has made the organs at all levels busy with "wenshan meeting the sea", not only the leading cadres are exhausted, but also the masses have nowhere to do things, and no one can be found, so the overall administrative efficiency has dropped significantly. Improving the style of writing and advocating the spirit of holding short meetings and speaking short stories has already been "stationed" in the documents of all levels of organs, and some units have also carried out practical actions. Holding meetings at all levels through the video conference system not only saves a lot of money Human, financial and material resources, and save a lot of time of the participants. How to effectively use the existing office network of the government to build an efficient network communication platform, so as to realize the rapid implementation of various spirits between institutions, communicate and convey information with the public, improve the existing office efficiency, and become a The task focus of the new generation of e-government construction of government departments.